What's in a name? Getting nautical.... 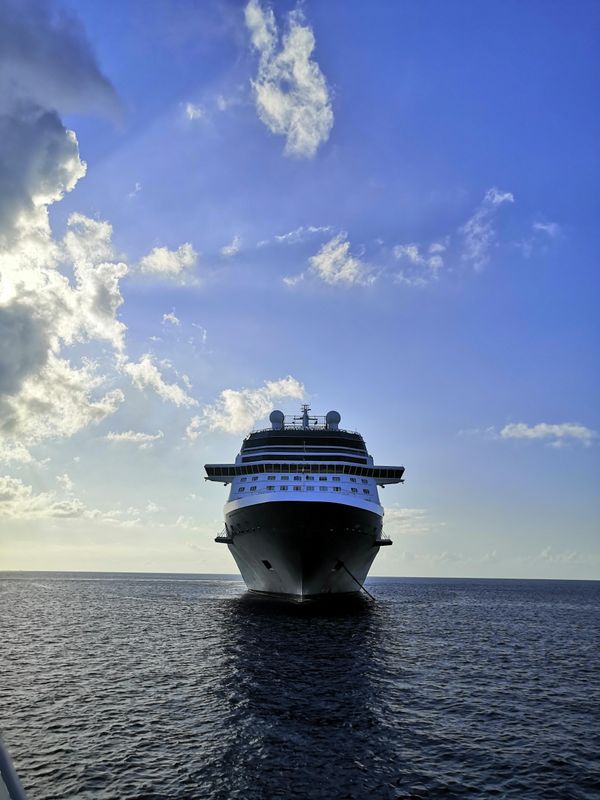 It's great to seem our new name and site going down well so far! Thanks for the comments and love. We have some more features to reveal soon, more info on our wedding and events bookings and recording, all useful stuff we hope! Feel free to let us know if there's anything you'd like to see on the site by the way.

For now we thought we'd share a little insight into our new name, which has a nautical origin. Did you know many of our modern terms do? We didn't until we experienced ship life ourselves as musicians, and we have now spent a good few months 'at sea' (quite a bit longer that we expected in 2020!)

The above pic is of the majestic Celebrity Equinox, we got lucky with this angle as we were on a tender boat to shore on Grand Cayman back in 2019. This ship has been our home twice now. Believe our cabin was just next to the anchor you can see...! Below are some pics from the bridge of this beast.

Many know the term 'true colours' , and it features in a certain song by Cyndi Lauper (and yes there is an arrangement coming...) but the term goes wayyyyyy back, from the sailing days of 'yore. We didn't intend to give ourselves a nautical name, but as a brilliant article on the Crew Seekers site explains, it's actually quite hard to avoid nautical references. They're everywhere!

Here's what it says about true colours:

"True colours - The current meaning, ‘to reveal yourself as you really are’, actually came about because of the opposite phrase “false colours” – from the 17th century referring to a vessel which sailed under a flag not her own. This tactic was used by almost everyone as a ruse de guerre, but the rules of gentlemanly behaviour (and possibly actual legal rules) required one to raise one’s true colours before opening fire on another ship"

Here are some of our favourite seafaring slang sayings from the list:

"Turn a blind eye - From Admiral Lord Nelson’s awesome display of badassery at the Battle of Copenhagen. When the signal was given to stop fighting, Nelson held his spyglass to his blind eye and insisted he didn’t see the signal. He then proceeded to kick butt, of course.

Under the weather - Keeping watch onboard sailing ships was a boring and tedious job, but the worst watch station was on the “weather” (windward) side of the bow. The sailor who was assigned to this station was subject to the constant pitching and rolling of the ship. By the end of his watch, he would be soaked from the waves crashing over the bow. A sailor who was assigned to this unpleasant duty was said to be “under the weather.” Sometimes, these men fell ill and died as a result of the assignment, which is why today “under the weather” is used to refer to someone suffering from an illness. A related theory claims that ill sailors were sent below deck (or “under the weather”) if they were feeling sick.

Windfall - A sudden unexpected rush of wind from a mountainous shore which allowed a ship more leeway.

Pooped - The rearmost, highest deck of a sailing ship was called the poop deck. If a ship were unlucky enough to be overtaken by a massive, breaking sea which drenched her from astern, she was said to have been “pooped.” When you think about it, the sea and shore uses of the word aren’t that different: in both cases, you’re washed out.

Overbearing - To sail downwind directly at another ship thus “stealing” or diverting the wind from his sails.

Over the barrel - The most common method of punishment aboard ship was flogging. The unfortunate sailor was tied to a grating, mast or over the barrel of a deck cannon.

Loose cannon - A cannon having come loose on the deck of a pitching, rolling, and yawing deck could cause severe injury and damage. Has come to mean an unpredictable or uncontrolled person who is likely to cause unintentional damage.

Listless - When a ship was listless, she was sitting still and upright in the water, with no wind to make her lean over (list) and drive ahead.

Know the ropes - This is pretty obvious if you’ve ever seen a tall ship. It was such an important skill on sailing vessels that an honourable discharge from service was marked, at one time, with the term ‘knows the ropes’. Land-side it still means a person with experience and skill. Also, learn the ropes and show them the ropes.

Groggy - In 1740, British Admiral Vernon (whose nickname was “Old Grogram” for the cloak of grogram which he wore) ordered that the sailors’ daily ration of rum be diluted with water. The men called the mixture “grog”. A sailor who drank too much grog was “groggy”

At loggerheads - An iron ball attached to a long handle was a loggerhead. When heated it was used to seal the pitch in deck seams. It was sometimes a handy weapon for quarrelling crewmen. "

Check out the article here for the full list. Do you use any of these and didn't know you were basically a pirate?!

Anyway, hope you enjoyed a little meander into history with us.... stay safe friends!

P.S. Some pics from the time we hung out on to the bridge of the Celebrity Equinox and Dan did some navigating... We were never invited back. 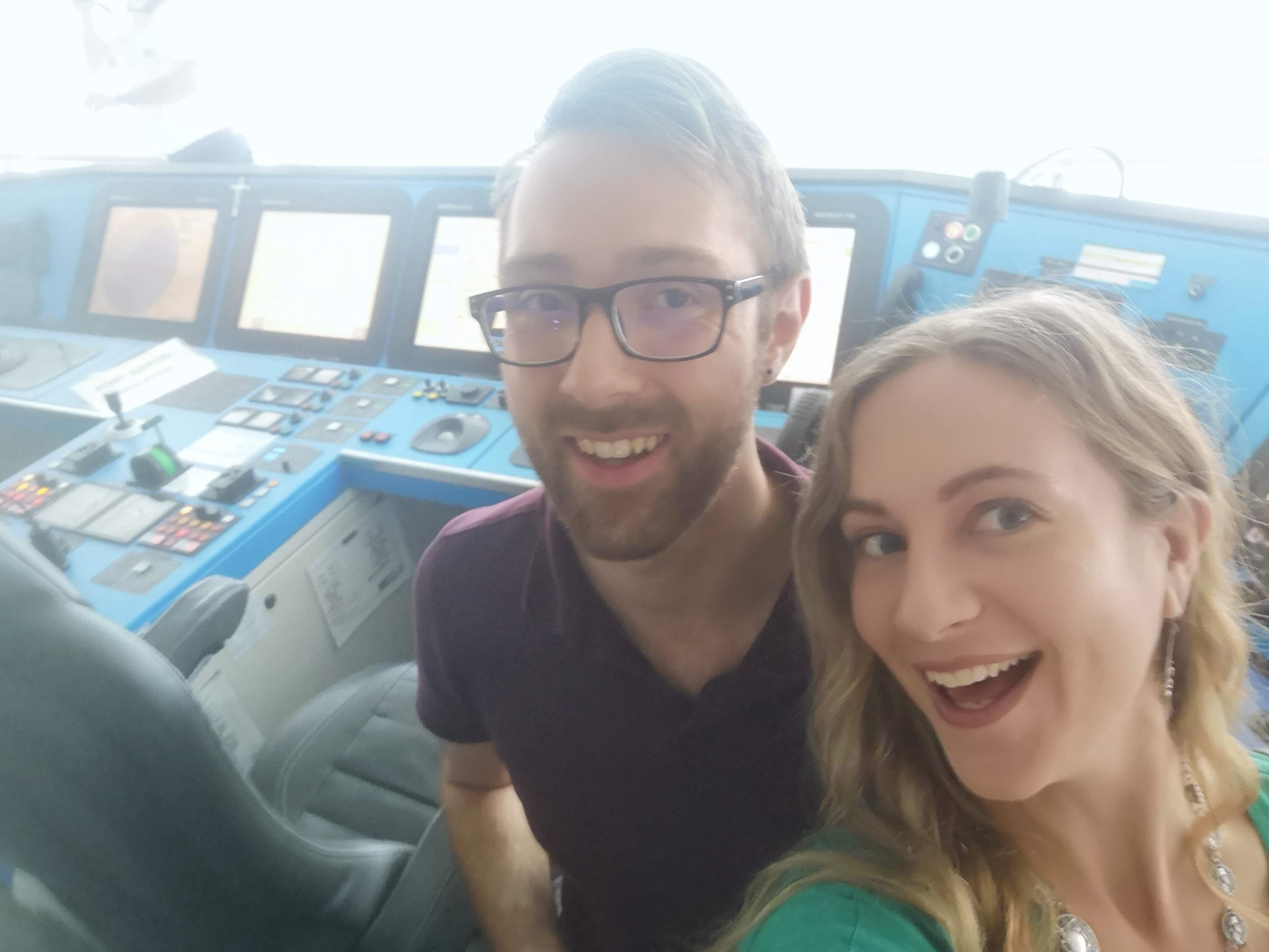